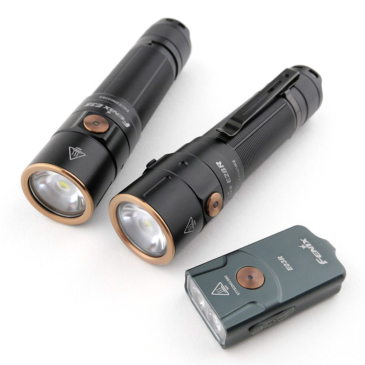 A set of three EDC type of lights from Fenix (see MyFenix in the UK). This is a review of the Fenix E03R, E28R and E35 v3.0 covering a range of power and capacity options. Of these, the E03R has been available for the longest, with the E28R being a recent release and the E35 updated to V3.0 and using the 21700 cell with huge 5000mAh capacity. 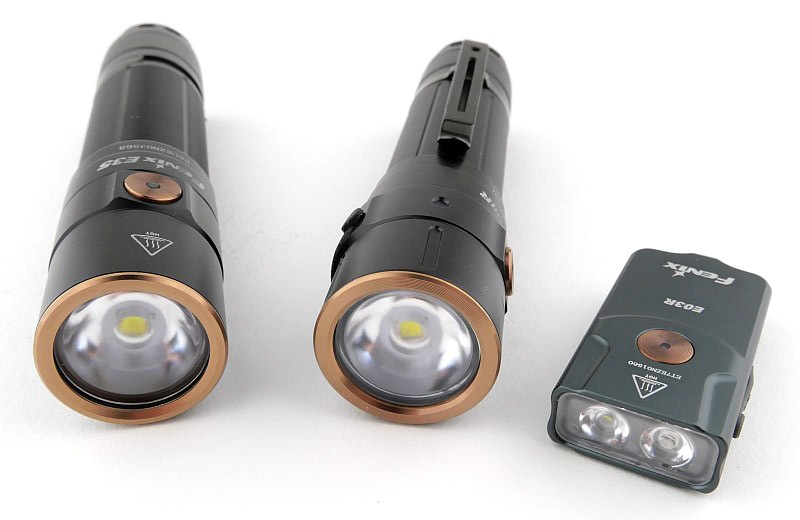 What is in the box?:

The beamshots are divided into two sets with the indoor and outdoor beams for a more direct comparison. In the indoor set the E03R is first shown with the red beam and then onto the E03R white followed by E28R and E35 V3.0. The same order (minus the red) is used for the outdoor beams.

This gallery shows the measured charging current for the E03R, the E28R built-in charging, and the USB-chargeable cell supplied with the E35. 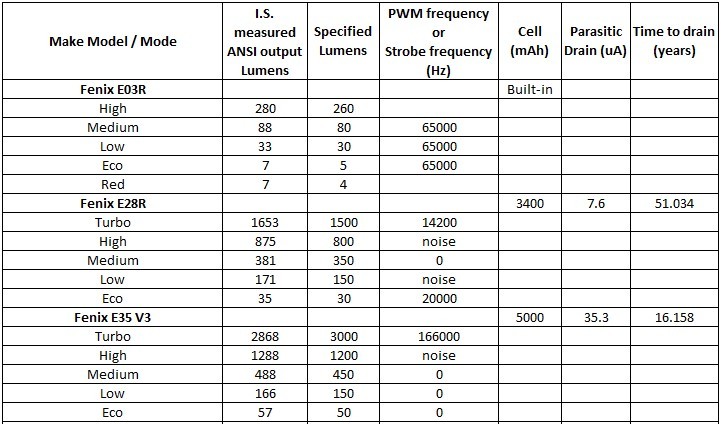 Parasitic drain of the E03R cannot be measured.

This gallery has two runtime graphs. the first shows all three lights together for the entire ANSI run, the second is just to show the first few minutes of the run.
The E35 is showing clear thermal regulation as it hovers around the 1800lm mark.

The E28R displays a slight flicker in the main beam once the cell has reached a low enough level that the red switch warning flash is shown. At this point the output is very low and the cell needs to be recharged. The output is still usable but the flicker noticeable. As long as the low battery warning is not displayed this does not happen.

Firstly a look at the relative sizes of these three options. On its own, the E03R is almost too small and easy to drop, but is intended to be attached to something (keys, zipper etc) and once it is, it suddenly comes to life in ease of use. For the other two, Fenix has nicely created the E28R and E35 to be only slightly bigger than the cells they use to power them, so your choice is almost more about the size and capacity of cell you want to have.

The interfaces of all the lights is basically the same apart from the E03R having red light instead of strobe. Press and hold to turn on, tap to change mode and press and hold to turn off. The last used output is memorised apart from the E03R which always starts on low.
A little trick to get the E28R and E35 to start on low is to use the lockout feature (double tap when off, and then double tap again to unlock) as the lowest output is selected when coming out of lockout.
Personally I would prefer an option to allow a single click to turn on as the press and hold is less immediate when using it.
The switch is relatively low profile on all three models, and just by feel, can be tricky to find. The E03R can just be held in a pinch grip and even if the button is underneath it will operate. For the E20R and E35, I found the pocket clip essential for ‘indexing’ my grip and finding the power switch. The clip is free to rotate around the tube, so the alignment can be off if you are not careful. I do like a side switch for daily use.
Beam tint is nicely neutral to warm, with the TIR optics giving a easy to use beam.
When you have the convenience of the built-in USB charging port, the drag of having to unscrew the light to charge the battery (E35) becomes more apparent. Perhaps the E35 v4.0 will have the USB-C charging built into the head like the E28R? Of course this is balanced by the cell having a healthy 5000mAh capacity, so unless you are always blasting the highest output level you should have a good time between charges.
A little note on the E03R red beam. Typically you want to keep light levels low when using red, so it is a pity there is no direct to red option. However, this is easily worked-around by simply holding the front of the E03R against your hand/leg/whatever while holding the power button, and do this long enough to reach the red output before using it. As the majority of use is most likely white anyway, it is no real hardship to do this when red output is needed. 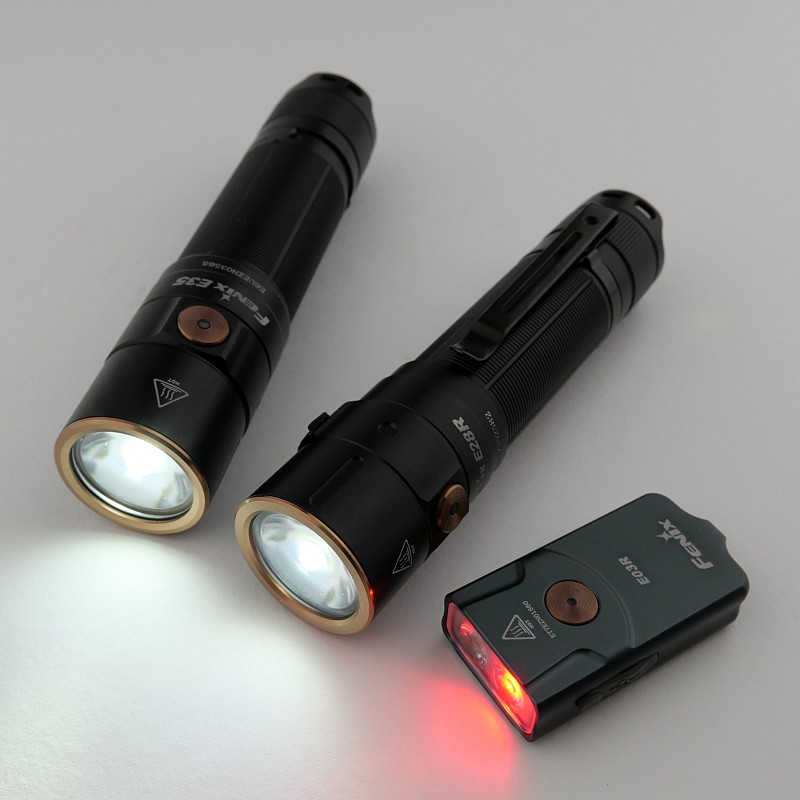