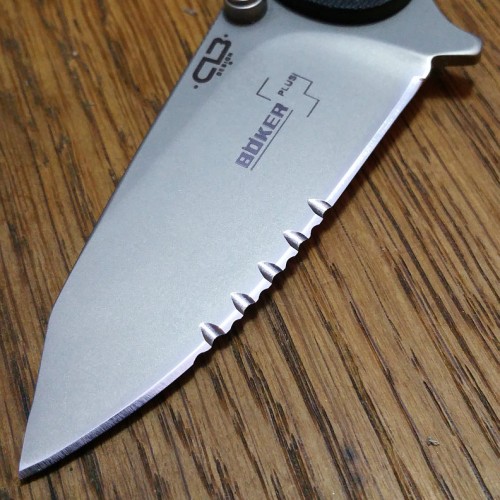 Part-serrated knives are now normal to find in all manufacturer’s line-ups, and I have plenty of these as well as fully serrated and plain edge blades.

The Chris Reeve Pacific (below) is a classic example of the placement of serrations on part-serrated knives.

Thinking slightly differently has been Victorinox who produce the only part serrated blade I have see where the serrations are not close to the handle, but instead near the tip. 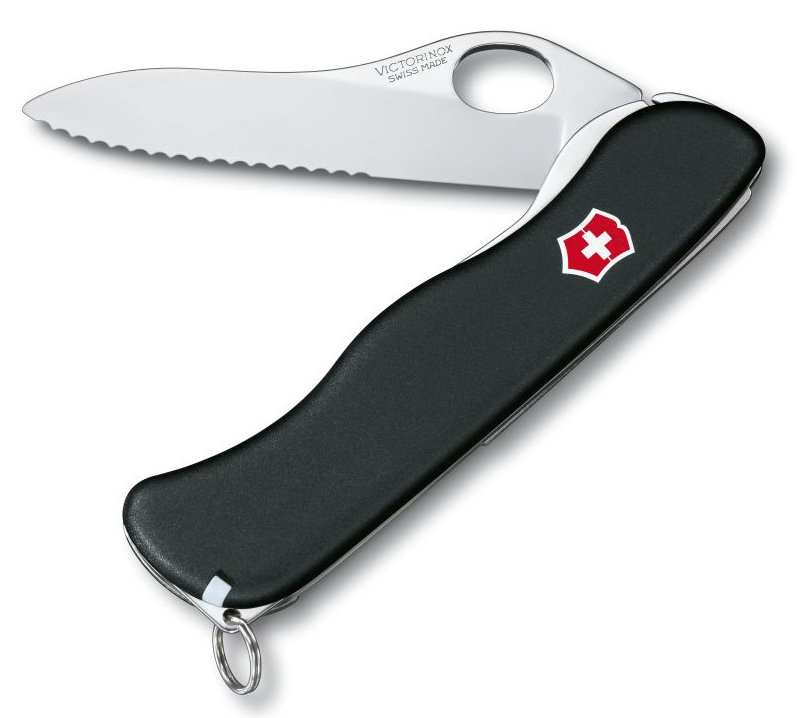 Focussing primarily on how I actually use a knife, this typical placement of serrations means that in general I prefer a plain-edge blade, but why?

Looking at the image below I have marked the typical percentage of the total use each area of the blade’s edge gets. For me this is a mix of EDC and outdoor tasks. In fact the central portion of the edge gets it greatest use from batoning tasks (splitting or cutting) and in my EDC use this part of the blade is rarely used. 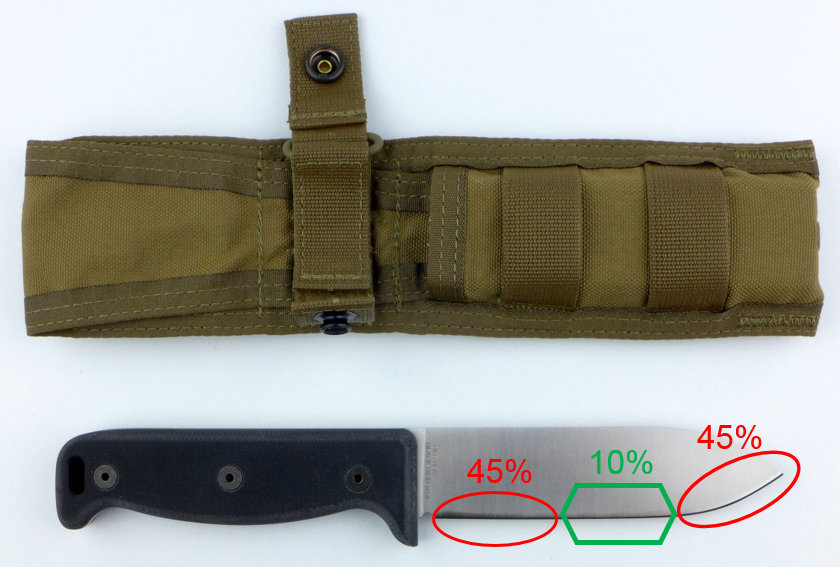 So unless you need serrations, why put them in the most used areas of the blade edge? Convention? That is not good enough.

This article is not about the Pros/Cons of serrations, and I appreciate their extra cutting power, and would like the facility to use serrations for certain cutting tasks, but I don’t think the compromise has to be so obvious. It occurred to me that there wasn’t really anything preventing the serrations from being in the middle of the cutting edge where they would have less impact on general use of the blade.

Talking to many of those in the knife industry while at IWA 2016 it seems that this is not something anyone has thought to try and it was accepted as an interesting concept.

Armed with a few test blades and a Dremel, I decided I would try out my new concept, so here are the final first two mid-serrated blades, a fixed and an EDC folder.

For ease of adding them, and for ease of maintenance I chose to use Chris Reeve designed Kubuli serrations formed by making two sets of angled grooves one set on each side of the blade which are offset to give the Kubuli serration pattern. 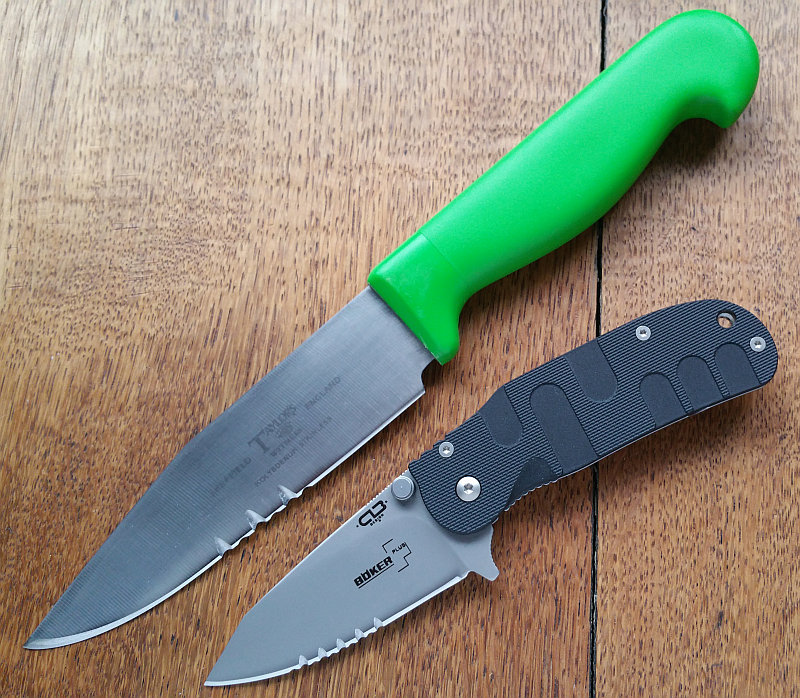 Here is a closer look at the Boker Plus Trance 42 non-locking folder with its smaller scale serrations. 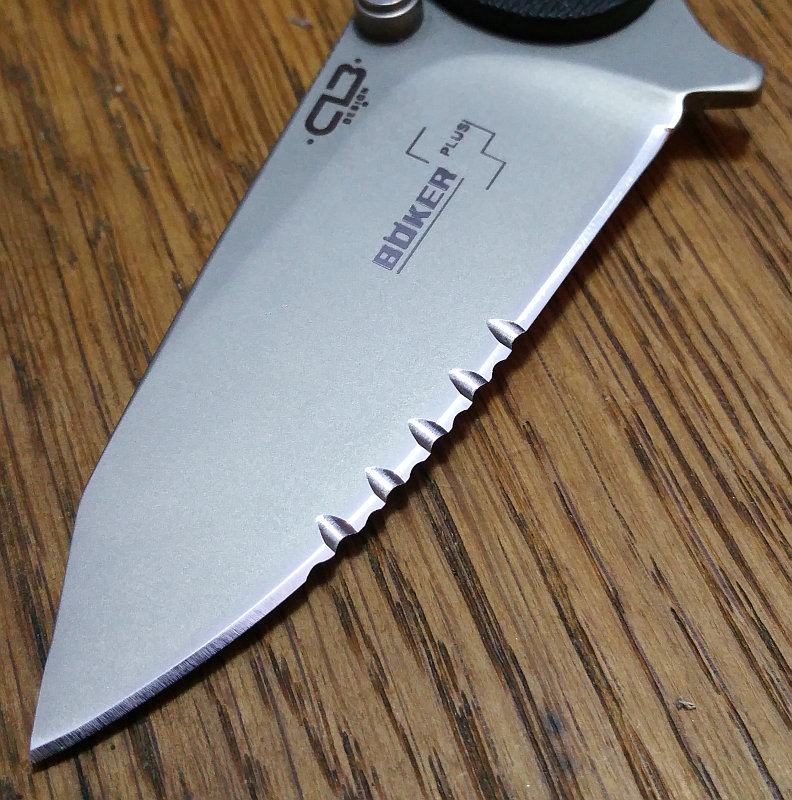 Initial results are extremely favourable. These mid-serrations almost disappear in use as they just don’t get in the way. However when I need to cut rope or other fibrous material, they power their way through even though being in the middle of the blade limits the pressure you can apply.

Remember that this is not to suggest all part-serrated blades should have mid-serrations, but to consider it as another option when choosing whether to go for part/fully-serrated or plain edge.