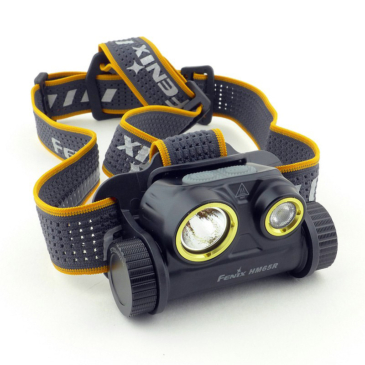 With the HM65R, Fenix have fitted in so much, but have kept this headlamp small and light enough that you don’t have to think twice about taking it with you on any adventure (or even just taking out the rubbish).
The 18650 li-ion cell used to be the ‘enthusiast’s choice’, being unfamiliar to many users, even more so when strapped to your forehead – not any longer. The Fenix HM65R comes with a high capacity 3500mAh 18650 cell, and there is a built in USB-C charging port. The ONLY thing you need is a USB charger of some kind to open the door to this powerful and capable light.
Join me in this review of the Fenix HM65R to take a look at all the details and how it performs.

What is in the box?:
For maximum stability the HM65R has a top strap, and the full head strap comes assembled and neatly tucked away in the packaging.

A good look round the HM65R – Things to look out for here are:
I’m splitting this detailed set of photos into two galleries for a more manageable tour of the HM65R. The HM65R is almost ready to go out of the packaging, but first you need to remove a small insulator that keeps the battery from running down or the HM65R from being turned on accidentally. From the appearance of the threads of the battery tube, you can see that this is made of magnesium, a material chosen by Fenix to shave off a few more grams of weight.

Taking in more details:
First up in this gallery are the twin lenses – the larger spot emitter with clear lens, and the smaller flood emitter with honeycomb type diffuser lens.
For a more stable fit to your head, the inside of the front part of the headband strap has a grippy strip. Flipping the HM65R forwards gives access to the USB-C charging port and shows the angle adjustment mechanism.

For both indoor and outdoor beamshots, the individual spot and flood beams are shown, then (as both can be turned on at the same time) the combined beam. Each of the photos in the set of three is at the same exposure and white balance.

Also shown in this gallery is a charging graph for the built in USB-C charging. Although USB-C is capable of up to 3A, the HM65R seems to top-out at about 1.4A when charging.

Straight off the bat, the HM65R makes itself a success with the stable and comfortable head strap (with top strap), and the choice of spot or flood beams (or both combined). Then, in using the high capacity 18650, you get a great runtime and powerful output (yet without too much weight), and the built in USB-C charging means you actually don’t need anything else – The HM65R is a complete kit.

There is one thing missing for me though, and that is a very low output. Even 9 lm, and even with this being on the flood beam, it is still too bright for dark adapted eyes. Frequently when I’m using headlamps, I will have dark adapted eyes (waking from sleep, or when I don’t want to disturb others); if only Fenix could squeeze in that lower mode, a sub 1 lm mode for both spot and flood output, it would make the HM65R a fantastic all-rounder.

If you want to go full blast, then your wish is the HM65R’s command – perfect visibility. 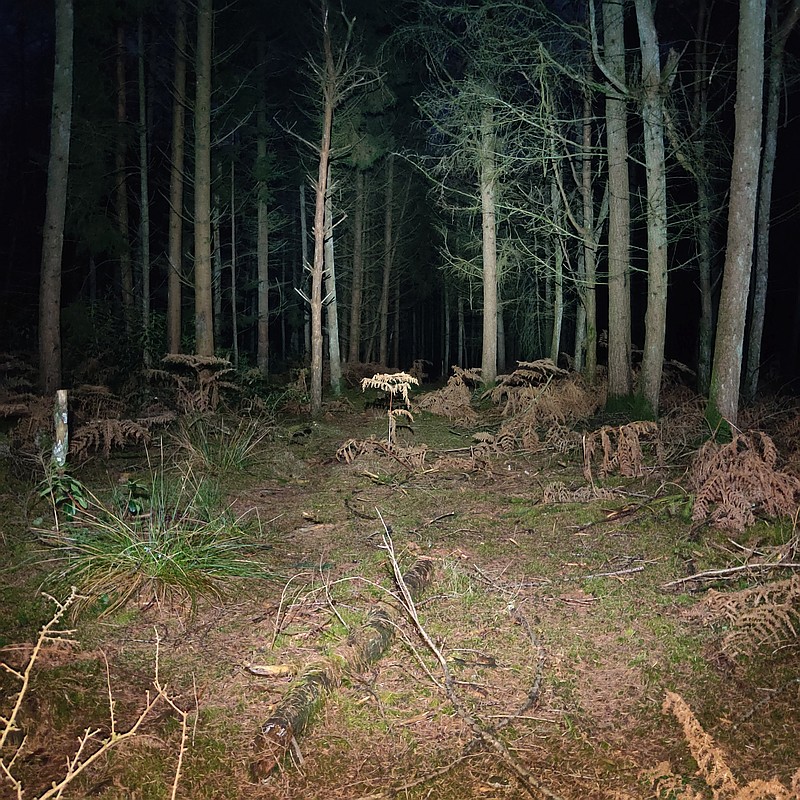 It is very helpful having the quick charge level gauge, with just a click letting you see if you will want to top up the battery.

Having used many Fenix headlamps over the years, and many competitors headlamps too, the HM65R definitely goes down as a choice for Pro users. I use the term ‘Pro’ to indicate this is a serious tool, capable of hard work, versatile and something worth investing in.