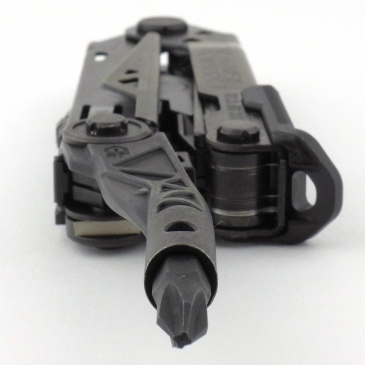 Gerber’s Center Drive multi-tool may be one of many in the highly competitive multi-tool market, but its name clearly tells you what its key design feature is. Gerber have gone all out with the capabilities of the built-in screwdriver bit holder, along with considering the ergonomics when using a screwdriver which has a multi-tool as the handle. So Gerber aligned the axis of the bit holder to be as close to the centre line of the tool as possible. The Center-Drive tool also includes a larger than normal knife blade, powerful sprung pliers with replaceable wire cutters plus even more.

We’ll be taking a good look round this tool, first what is in the box, then focusing on the headline feature before taking in the rest of it.

The driver in the Center Drive:

A good look round the Gerber Center Drive – Things to look out for:

With the featured functions of the bit driver and large knife blade, the Center Drive has an asymmetrical layout with one handle carrying these features on the outside, and the other handle having further tools folded into the inside; this gallery takes you around all of these.

Having seen some less than positive comments about this tool, I felt the need to address these first before going into more on how I have been getting on with it. In particular I wanted to mention the often overlooked aspect that a multi-tool, by its very nature is a jack-of-all-trades and as such a-master-of-none. All tools have their limits and it is up to the user to apply appropriate force and use the tool in a reasonable way. Multi-tools will get you so far, and are a tool-kit in one package, they can’t do it all. In every job I’ve used the Center Drive for I’ve not been trying to push it to its limits; heavy jobs need dedicated tools. Use it appropriately and enjoy the benefits.

With that said, there is one design aspect you should be warned about. The knife blade has an opening hole for one-handed use, however there is a high likelihood you will cut yourself if you use it. In the sample on test, the knife blade has a good resistance to movement (which helps keep it closed) and this requires a certain amount of force to rotate the blade open. This amount of force pushes the thumb quite hard onto the side of the blade, so much so the cutting edge touches your skin. Initially I found small skin flaps forming on my thumb, then realised where they came from. Check the images I took from my Instagram posts on this in the gallery below an you will see what I mean.

With all that out of the way we can look at what makes this tool particularly good. Personally, my main uses of a multi-tool, in order, are as a screwdriver, then the pliers, the file, pry-bar, awl, after which it depends on the tool, and as I carry a dedicated knife, using the multi-tool knife is generally only a last resort backup.

So my most frequent need will be for the screwdriver tool, and the Center Drive has an extended, centred, standard 1/4″ Hex bit-holder. That is something to take in and consider. No special bits are required, any 1/4″ Hex bits you have can be used. The first thing I did was pop a PZ2 (not supplied) into the bit holder as this is my number one bit type used. Multi-tool screwdrivers are often awkward to use as they are generally to one side or other and not that long; not so with the Center Drive. The extended bit holder make it so much easier to see the screw head, and access internal screws, or those near a corner. Clearly with a folding tool like this you can’t 100% centre the bit holder, but it is centred in relation to the widest part of the tool, and this makes it much easier to use. This is the best built-in multi-tool screwdriver I’ve used.

Onto my second most needed tool, the pliers. Since I first used sprung pliers (probably some jewellers pliers), it makes non-sprung pliers seem a pain to use, especially when manipulating the work piece. Having OTF pliers, the Center Drive is able to have sprung pliers (the unfolding type of multi-tool pliers typically have no spring), and thanks to the spring just become an extension of your hand, allowing you to focus completely on the work.

As you might expect from a multi-tool file, it is not that sharp, but it lets you take off those rough edges from softer materials and non-ferrous metals well enough.

One disappointment is the serrated knife blade, which, in this example, is blunt. The cutting edge has the same black coating as the blade, making it appear as if it never got a final sharpen.

The awl has no sharp cutting edge, so is really just a metal spike, useful for all sorts of little jobs. Next to this is one of the best prying tools I’ve seen on a multi-tool and will get into narrow gaps as well as being able to lift small nails.

All of this is no good if you don’t have it with you. The included pouch has two compartments, one for the set of bits, and one for the tool. Should you want to go lower profile, you can leave the full set of bits out (still having two in the tool itself) and the pouch slims down – belt or MOLLE mounted you’ll have it with you. 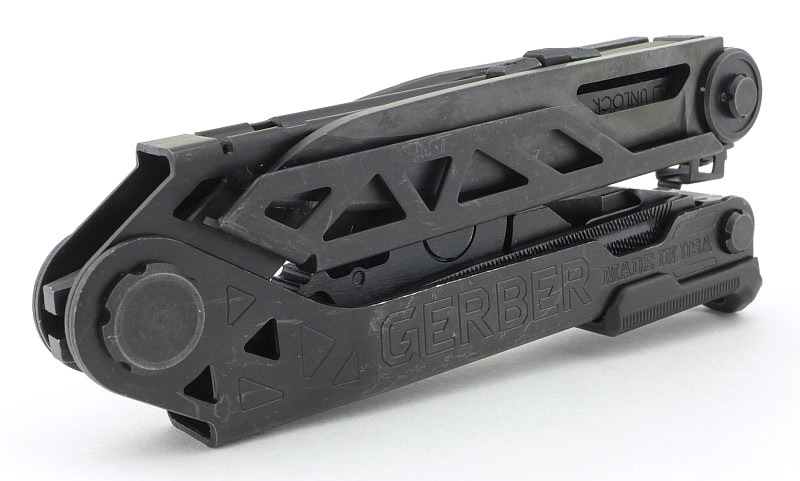 Not my normal #edc type of post, but going a littl

The magic of fire courtesy of @extrema_ratio_offic

Finally been able to take some time with the stunn

Are you ready for @iwa_outdoorclassics Studio Edit