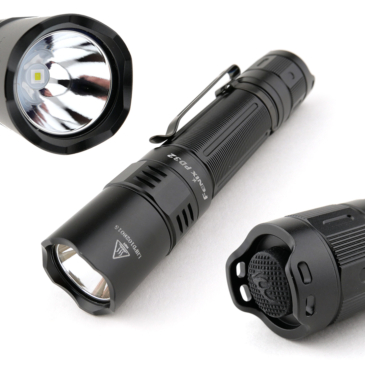 The Fenix PD32 V2.0 is quite different from its predecessor, with a new soft-action two-stage tail switch instead of the earlier model’s tail and side switch configuration. With this new layout also comes a significant boost in output and a slimmer profile. In this review of the Fenix PD32 V2.0 I’ve tested actual output, runtime and other technical measurements along with detailed examination of the design in video and photos. 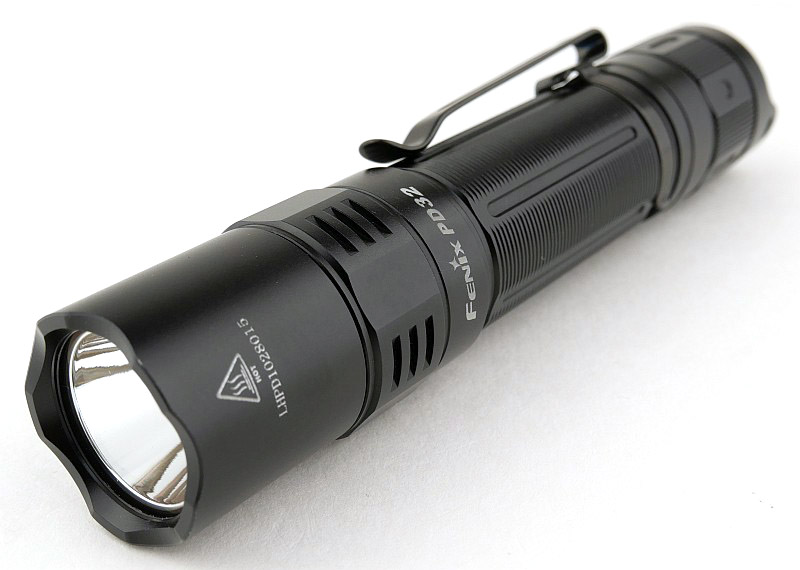 A good look round the Fenix PD32 V2.0:
This example was an early final production model and came without the packaging. The video also shows the measurement of parasitic drain.

Gallery of the details:

The beam is tuned more towards throw, which is quite clear in both the indoor and outdoor beamshots.

The Fenix PD32 V2.0 runs on a micro-USB chargeable 18650 3500mAh cell. Below is the charging trace for this cell. A full charge taking around 4 hours. 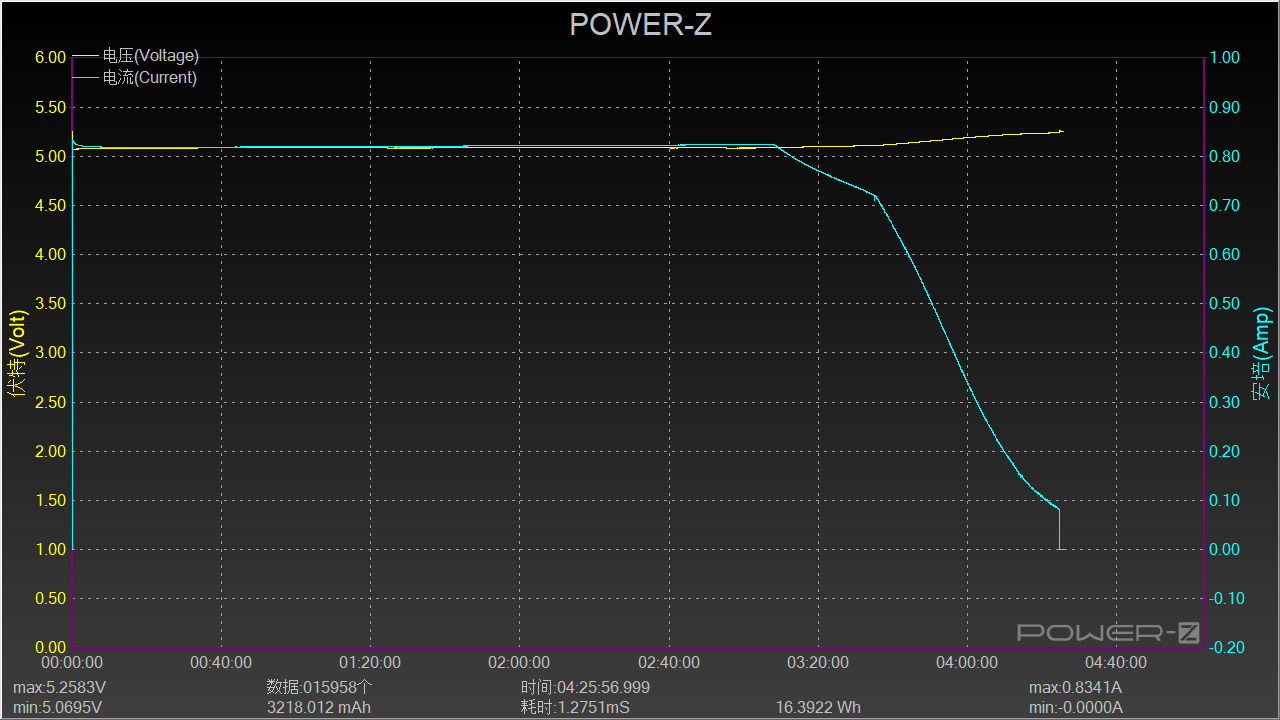 Of note here are some of the comments in the PWM column. There isn’t any classic PWM but instead a noise remnant in the output meaning there is a slight wavering in the output at high frequency and this is not at all visible. 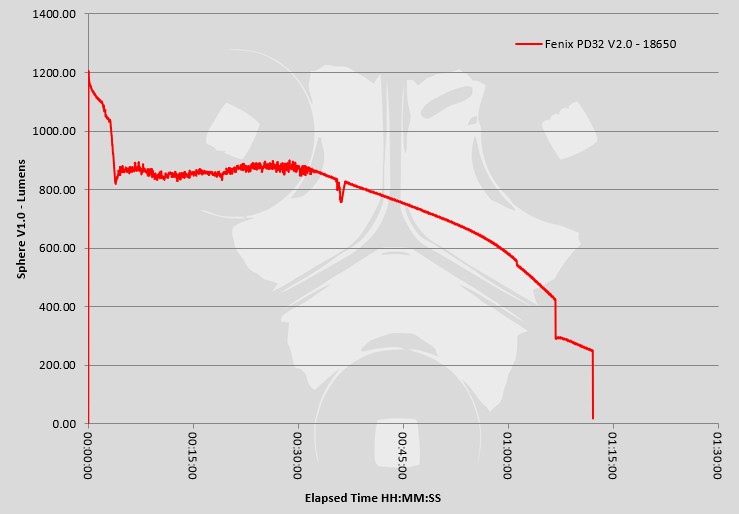 Next to a 2xAA light, the single 18650 (or 2x CR123) size of light is one of the best to hold. The Fenix PD32 V2.0 is a very comfortable size and shape with a head not much bigger than the battery tube. General form and size make for a very handy light. 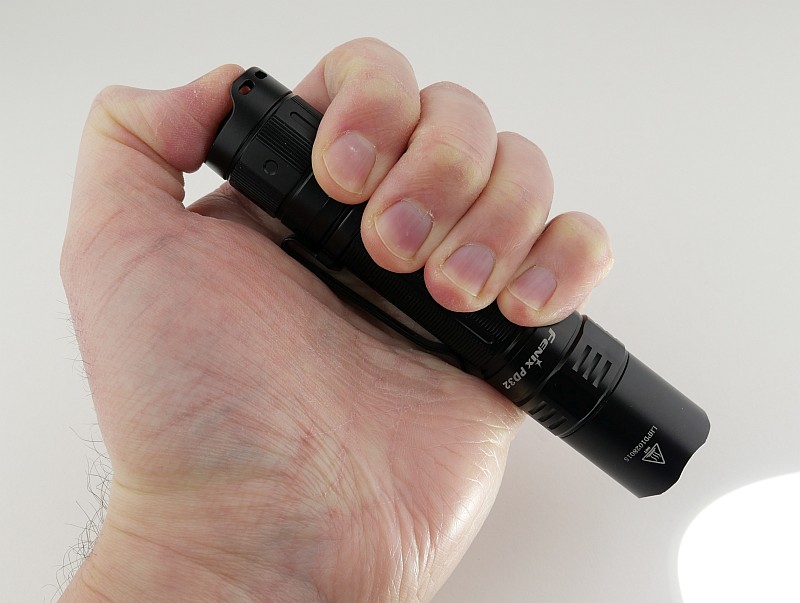 For me, the tailcap layout is a compromise due to having the ability to tail-stand. The raised sections, which also provide lanyard attachment points, do obstruct the tail switch and make it more difficult to access as you have to ‘reach over’ these. For momentary use, this can work quite well as it makes it harder to push far enough for the second stage of the switch.
On a purely ‘tactical’ use case, a two-stage switch (which also changes modes) would not be my choice for a high-stress situation. I’d prefer a single function tail switch with the separate mode switch.
The soft-action of the two stage switch is a nice feature. The second stage, click-to-latch-the-output-ON, is silent. Far too many switches have loud clicks, so this is a breath of fresh air in this sense.
Readers of my other reviews will know I’m not a fan of strobe, and the strobe for the PD32 is accessed with a 0.5s hold of the switch’s second stage. This is a good implementation as you can start with a full power blast of light and it goes into the strobe, so overall a full face of light and then strobe.
Mode spacing feels a bit uneven towards being too bright on the medium mode; my preference would have been more like a 200-250lm – the measured output on medium was 429lm, higher than the specified 350lm.
With a beam profile tuned towards throw, it is still surprisingly useable for closer ranges, and the low mode has been absolutely fine for indoor use. Once you get to the longer ranges outdoor that tuned beam gives you a great reach for a compact light.