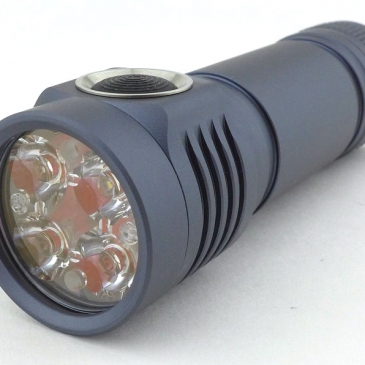 The Emisar D4, made by Hank Wang of Intl-Outdoor, is one of those lights that has created such a stir with its stunning output levels, that if you haven’t come across it yet, you will do. Hank has created a light by which others will be judged and at an amazingly low price. Coming in several flavours of LED, with varying maximum output levels, the light on test here is the Neutral White 90CRI Nichia 219CT LED version. Also included with this review sample is the 18350 tube allowing it to be used with 18350 and 16340 cells. 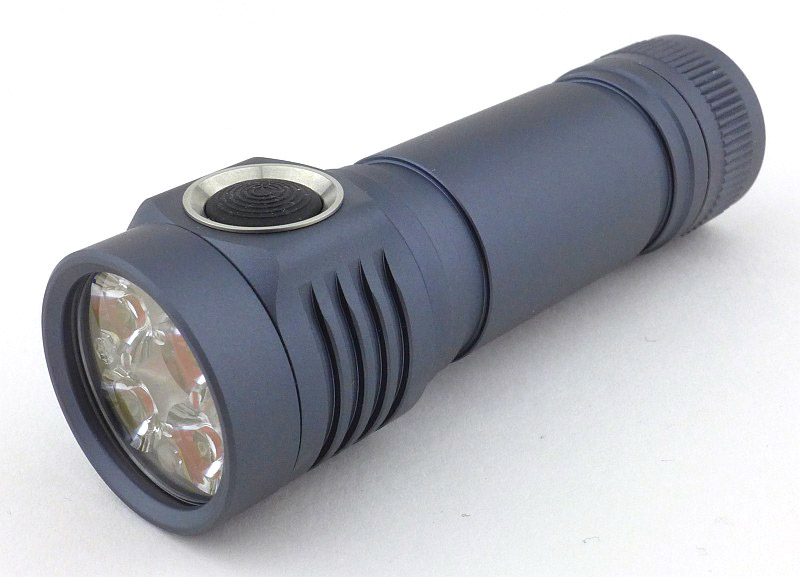 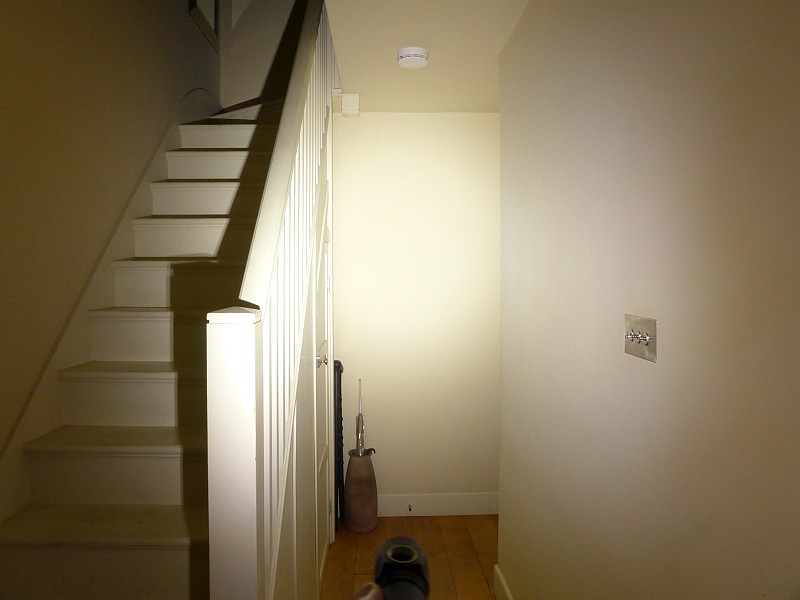 The Emisar D4 runs on several cell types depending on the battery tube you buy. In this case there is the 18650 tube and the 18350 which also allows a 16340 to be used. Only IMR cells should be used in this high performance light and a 20A output should be considered a minimum. 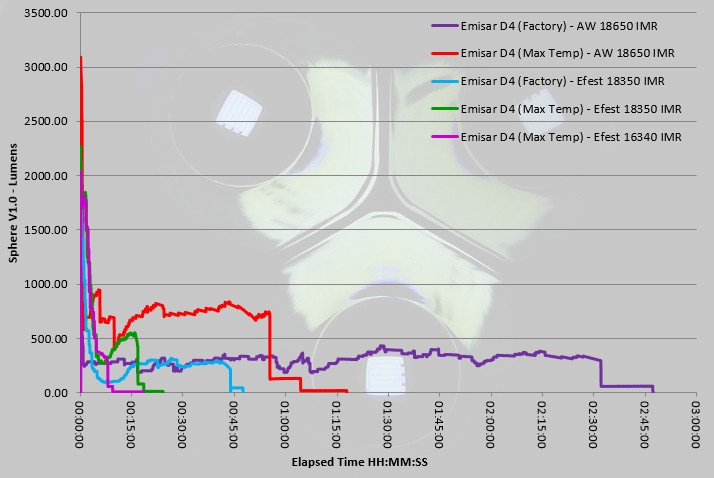 This gallery contains the other versions of the runtime graphs.